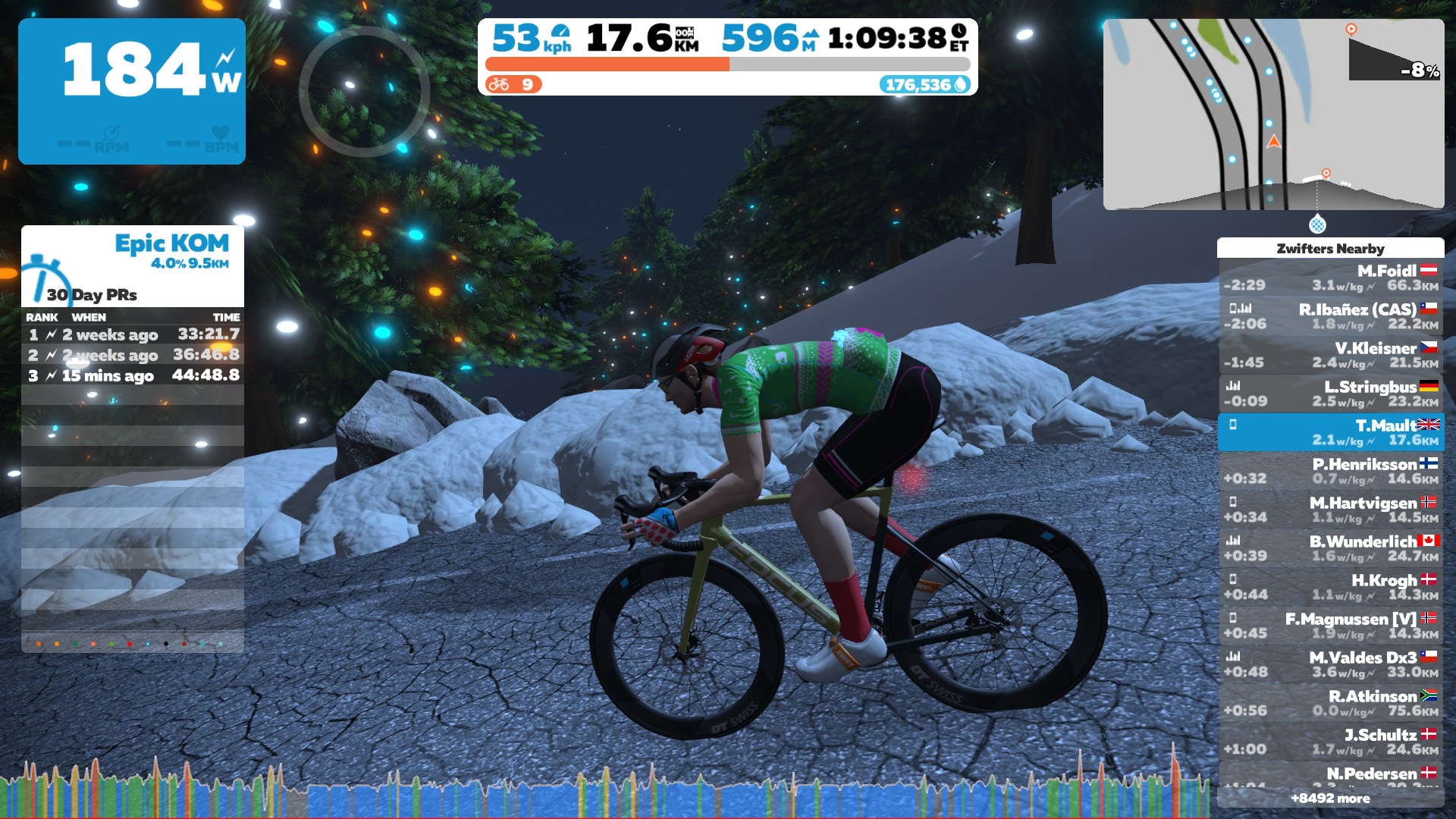 Bottom Line Up Front: Yes, it will run Zwift with a High graphics profile at about 45 frames per second at 1440p.

The frame rate isn't great (60 or above is better) but the detail in the game makes it very immersive.

The MacBook Air M1 is not a cost-effective or even great level of performance in Zwift for a £999 device.

For about £250 you can build a Frankenstein Zwift PC that is capable of 1440p 60 frames per second. But if you're thinking of getting an M1 Mac for a general all-round device - its performance in Zwift is good enough.

Most games let the user select a graphics profile and resolution. The user can choose to make the tradeoff between graphics quality, resolution, and its impact on the frame-rate. Zwift assigns a graphics profile and maximum resolution to each graphics card/device manually, so you have to wait for the developers to include your device settings in an update before you can get the best experience.

With the December Release of Zwift (v1.0.60239) the MacBook Air M1 8GB RAM model has been assigned the High graphics profile.

The available resolutions are:

The Mac M1 has not been given the Ultra High Definition / 4K resolution option in Zwift.

The MacBook Air M1 (8GB RAM) averaged around 45 frames per second on a 1.5 hour ride around Watopia, using the High Graphics Profile and a 1440p resolution.

I would suggest running Zwift with the MacBook plugged in to the charger and with Battery Saver Settings in Zwift turned to OFF to get the best frame rate performance.

I was previously running Zwift on a MacBook Air 2017, which only had the Medium graphics profile. Compared to that device, the High setting has suddenly unveiled a new world of detail - better shadows, mountains rendering in the distance, extra detail in passing villages.

I will drop the resolution to High / 1080p on my next ride and see how much of an improvement that has on the frame rate.

Overall I am impressed with the visual improvements coming out of a machine that is designed to be a productivity workhorse rather than a 240Hz gaming machine.

You can sign up here to get an email notification whenever I publish a new post.
Thanks - you are now subsribed to tmault.co.uk
Oops! Something went wrong whilst submitting the form.